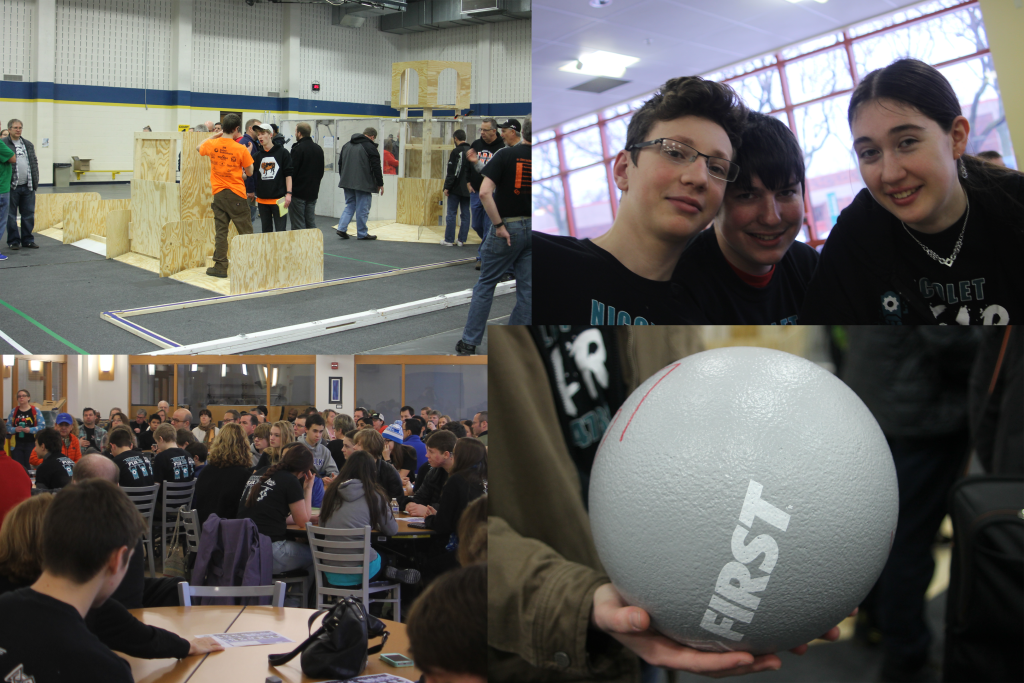 Kickoff day, Spec ops built the mock up of the field so that we could play a human version of the game stronghold everyone loved it! Rules are better understood from playing the live version of the game. We all watched the global broadcast with the rest of the team and learned what this year’s game will be. Community Outreach has been hard at work in preseason and is continuing into the build season. The Strategy department has been working diligently to read the rules and design a viable set of goals for our robot to be able to accomplish during the season.

Robot Design and Manufacturing has so far worked on designing and prototyping for Roboknight, a robot that will attend Nicolet sports events and will shoot t-shirts (stay tuned for next preseason). I know my team will be able to take advantage of the skills they learned in preseason in order to design and build our competition robot. They expect to come up with a final design for the robot over the course of the week, and team members will work on prototyping and CADing.

This week for electrical was very significant as it marked the completion of the electrical test bench for the programming team. The programming team will use this bench to test certain drive systems and for easy configuration of Talon SRX Motor controller. On Kickoff,electrical will be focusing on possible components to go on the robot.

Programming began to work to create basic drive train code. This code will be used to directly control the speed controllers on the robot. Programming also worked on updating the driver stations (Think of these as small computers that provide an interface to control the robot) for this year. We hope to continue with the same great success and enthusiasm we’ve been having so that we have an amazing season!