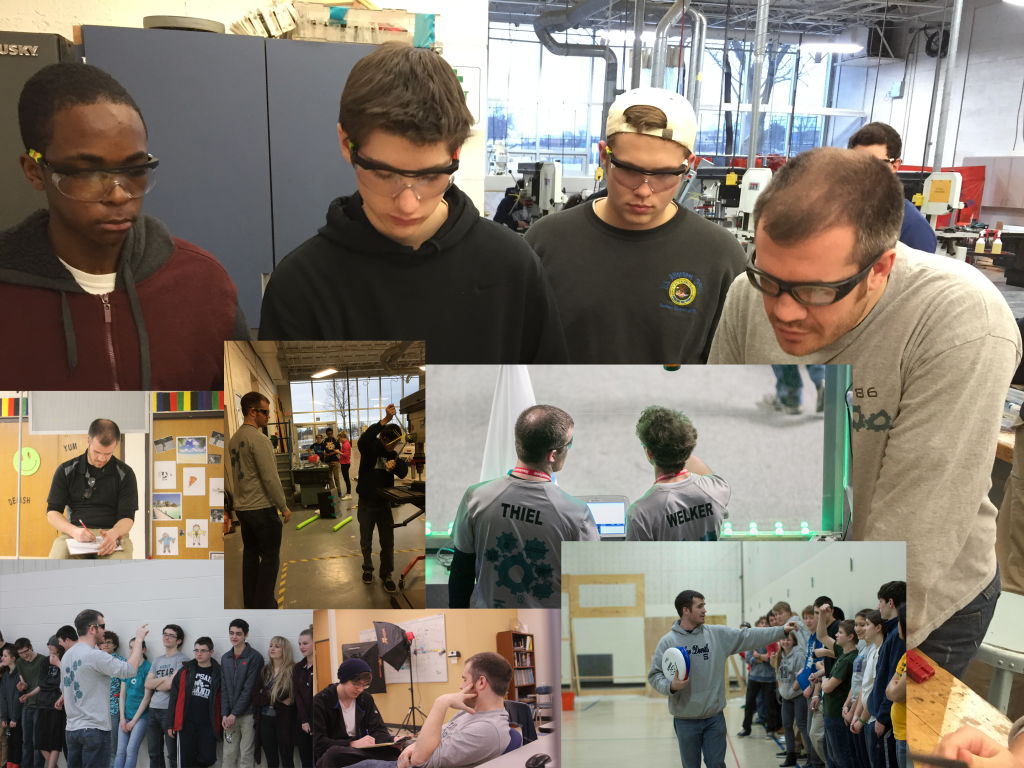 Adam Thiel, our lead mentor at Nicolet FEAR has been a part of robotics programs for 7 years. We interviewed him about his thoughts on our team and FIRST in general. Day in and day out, Mr.Thiel sees students accomplish great things, and every day he states that he both learns and teaches. He sees FEAR affecting the lives of students grades 6 through 12, allowing them to really pursue their personal interests regardless of where they want to allocate themselves on this team. “Students who are mechanically inclined, science gifted, eloquent and like to speak, like public speaking, or are very quiet and cerebral and take on strategy. All of these different types of attributes and thinkers and doers have a place on this team.”

Thiel states, when talking about how students surprise him, “The students that I interact with everyday surprise me, intrigue me, engage me in conversation, engage me in debate about why their solution is so great and how they are going to revolutionize the world.” After having taught hundreds of students, he continuously finds ways the members of this team and students in his classes find great new ideas and solutions to problems. Even the team itself has progressed much further than he had dreamed of in its early years. Thiel never had expected our team to accelerate at the rate it did, or accomplish all that we have. We can attribute much of our success as a team to his inspirational philosophy; each hard working student with a goal in mind has a place on this team.

“I had two really good teachers in high school and they really made me think about the STEM field. Originally I was not going to be an educator, I was going to be in telecommunication systems…but life didn’t go that way, it went a different direction and I ended up in a classroom and I don’t regret it.” On a personal level, the team and the FIRST program turned our lead mentor into a better educator, who learns almost as much as he teaches each day. Throughout his years of teaching hundreds of students, he has improved as both an educator and a person. He acts to organize the chaos of our team, lending his knowledge and insight regardless of the task at hand. For the future of our team, Mr.Thiel hopes we will take real ownership of all the aspects of ourselves. Treating it more as a company than as a team, he hopes we will expand our team’s philosophy of student led holistic growth in whatever field or interest we choose to pursue. And Thiel will be with us every step of the way.